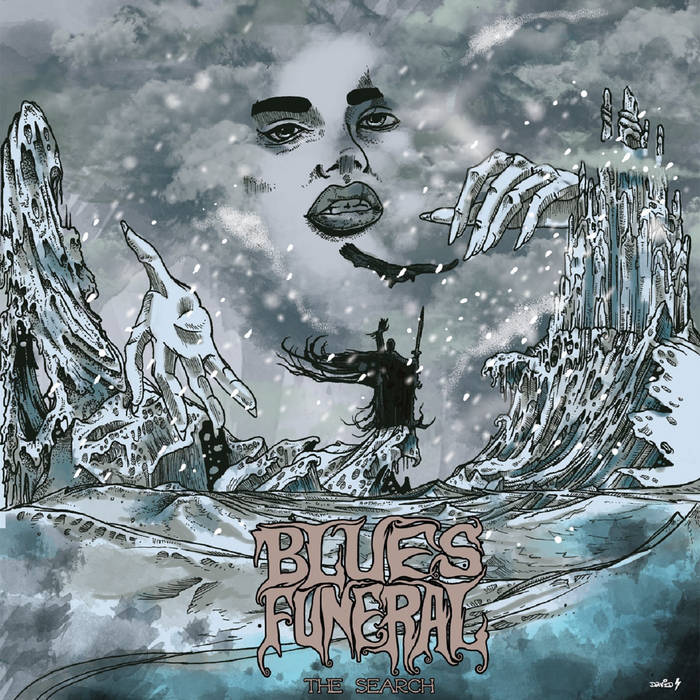 Shapeshifting Stumbled over this while browsing some wishlist to a user in here. Glad i got interested enough by the artwork to check out this, while it struck out as a simple listen to most of the regulars i'm into but thats what i cheerish about this one, sometimes the simple is more than enough for me to enjoy if it's rock solid all over the line. Referishing oldschool sounding metal with a touch of prog and doom. Recommended for any open minded metal/rock fan. Favorite track: Harbinger.

Victor Arduini This album is SO GOOD. Vinyl release is a must for this retro style release. Can't pick a favorite although The Search is getting quite a few plays...

Rock Man (Dave Proger) Album of the year canidate!!! 6 tracks of total excellence!!! No filler on this puppy \m/ My rating ★★★★★ Favorite track: The Search.

paul rote Potentially the best seventies retro band to date !
What an Album It has it all !

'The Search' was written and arranged through the months of November 2014 - February 2016. The music on this record is as much a reflection of our love of Deep Purple, Black Sabbath, Uriah Heep, Cream, Atomic Rooster, Wishbone Ash and countless others as well as more modern metal leanings. If you're in to harmonized guitar, tasteful soloing, groove, thundering bass, swirling organ, and classic harmonized vocal stylings... this record is for you.

Recorded and Mixed in May 2016 at Lucky Run Studios in Houston, TX.
Mastered by Collin Jordan at The Boiler Room in Chicago, IL.
Artwork and layout by: David Paul Seymour

--"It takes a lot to bring a smile and a smile to this jaded listener, but I’ll be damned if BLUES FUNERAL didn’t go and steal my heart"' - Billy Goate, Doomed and Stoned

--"Blues Funeral obviously went all out to make 'The Search
sound as authentically 70's as they could, but on hearing
the final mix, even they must have pissed themselves
laughing in wonderment at how much they have
succeeded." - Steve Woodier, The Shrieks From Below

--"I assure you that there isn’t anything like this band on the market right now. They are truly a prototype for exactly what a lot of bands are trying to achieve and can’t. Don’t let this album pass you by." - B.J. Rowe, Metal Nexus

--"With a sound reminiscent of 1970s power acts like Deep Purple, but with modern metal melodies, Blues Funeral appeals to a range of audiences" - Mike Emery, Chron.com

--"The Search is a wonderful debut album and it’s one that will soon have you under its weird magical spell." - Steve Howe, Outlaws of the Sun

--"It’s a tough road to travel carrying the influences they do but the signs are good and we may expect even greater things in future." - Martyn Coppack, Echoes and Dust

--"There’s a glut of retro-rock being practiced all over the world at the moment, but Blues Funeral nevertheless manages to stand out." - Nathan Smith, Houston Press

--"Overall, The Search is an objectively good album. Music enthusiasts of all walks of life could appreciate the great musicianship in its guitar riffs and solos, note patterns and careful composition of each song as well the success that was the integration of genres that normally would have nothing to do with each other. " -Isabel Osanna Andujar, Metal On Loud Magazine

--"The guitar work throughout The Search is excellent, and both both players also share in the vocals, another highlight which also gives a bit of variety as both have distinctive styles. The rhythms are pounding, the songs instantly memorable, and the production has a vintage feel." -Pete Pardo, Sea of Tranquility

Following a temporary hiatus for Sanctus Bellum in November of 2014, Sanctus Bellum members, Jan Kimmel, Cory Cousins, and Maurice
Eggenschwiler immediately formed Blues Funeral
recruiting Gabe Katz on bass, and spent the next several
months writing.
This has culminated into a diverse array of proto-metal
and progressive rock very much steeped in a vision of the music from the 60’s and 70’s. ... more

Bandcamp Daily  your guide to the world of Bandcamp

outré black metal, with a Victory Over the Sun interview and music from Liturgy and Jute Gyte.